Enough with the analysis. The navel gazing, or omphaloskepsis, if preferred. The incessant diagnoses of Trump as bully or even Basement Joe as demented and wired for sound and floating in an Adderall-induced MKUltra adult swim. They may in fact be true but they’re irrelevant. This election is in the process of being stolen and these little side sideshows give you the perception and impression that there’s something rational and valid going on versus the abject theft of an election. So, analyze all you want. I’m watching some of the best safe crackers pick the lock on your diary while you sit back and second guess their motivations and sincerity. This election is going to be stolen unless . . . UNLESS the culprits are stopped now, the American public is aware and the plandemic Dempanic COVIDiots, maskholes and maskzis pull away from their hyperkinetic lunacy and focus. The franchise and the Constitution are at stake. And remember, if they can steal this election we can steal one of theirs in the future. Every time I turn on any commercial platform someone’s trying to sell me life locks, password locks, security plans to safeguard bank accounts and personal data. But when it comes to securing the vote, no one’s awake and at the switch.

This is a case of first impression. What he have here (in addition to a failure to communicate) is something even simpler. A Democratic Party off the wall, chains and rail. Spinning and spun out of control sucking up delusional anarchists, alt-left rioters, disenfranchised thugs and thug collectives, BLM’ers still trying desperately to find out what exactly BLM connotes, paramilitary #Antifa brown shirts “spontaneously” recruited as a Soros Sturmabteilung road show. Incomprehensible policy: Green New Deals, reimagining and defunding police, climate change lunacy repackaged and reformulated, BLM street art, the packing of SCOTUS with a crowd that makes the dayroom scene in Cuckoo’s Nest look like a meeting of the Mont Pelerin Society. These people are dangerous. Extremely. And they have no idea what they’re doing, what they want or where they’re going. There’s no satisfying them. No platform, plank, worldview, system, schematic, anything. And I’m not exaggerating. (This time.) How many times have you encountered online or in person some erstwhile friend who spews the most profane, vilest anti-Trump venom, spontaneous Tourette’s coprolalia. Screeds that are celebrated and heralded by others with too much time on their hands. Listen to me, this is your reality now. I’m not exaggerating. “This is it, boys. This is war.”

So what are you supposed to do? Better yet, what can you do? Hunker down and full steam ahead. President Trump is in this one alone, save for those select noble patriots of which we comprise. From June 16, 2015, when he descended with Melania down the Trump Tower escalator the Deep State/Police State/Intel State/Shadow Government/Ruling Class ([DS]hereinafter) blood vowed to teach this man a lesson and take him out. He created, enraged and enlivened and certainly inspired these horrid people. He gave the [DS] a raison d’être, a focus and purpose and recruiting tool like never before. He became their James Montgomery Flagg, the focus and symbolic target of their newfound anarchic exuberance. He is the reason for the mess we’re in. Why? Because he’s the only one daring enough to stand up for what’s right and what this country stands for. That’s why.

But who’s watching Tucker? Mr. Carlson on Faux News is without a doubt the most lucid and relevant voice on any of the MSM news platforms. That’s a fact. And his insightful analyses are wonderful yet for the vast, vast majority of the American voting public unheard. Unheard and virtually anonymous. Our fellow republic kinfolk barely crack a book or deign to plumb the depths of some show that has as a regular guest Victor Davis Hanson. You’ve got to be kidding me. You’re organically delusional if you think Josephine Sixpack cares the slightest over the rather rarefied views of Tuck et Vic. Puh-leeze. If you’re reading this now you’re a member of a very exclusive organization, a cadre of super-focused and sentient voters and psephologists who can’t get enough of interstitial political minutiae. But you are a tiny sliver of the American pie hat’s gone bye bye, by the by. I happened to tune in last night and howled aloud (the best way to howl) when it occurred to me that this was like trying to handicap NWA wrestling in the 70s with Gordon Solie at the helm. Politics today and this election is a work, an angle. With those who are calling the shots from places and locales you’ve never heard or thought of. Some manbunned, testosterone-challenged nitwit twit in a V-neck T signing on to destroy the informational platforms that serve to alert and inform. Because that’s the reason they were allowed to even found the tech platform they serve. Don’t tell me you bought the storyline that cyborg Markie Zuckerberg just happened upon Facebook after a few brews in a Cambridge rathskeller. Please don’t.

And one more thing. Trump denounces racism, racists, white supremacists (whatever that means) and any form of institutional hate, discrimination and ____. (Fill in the blank. If it’s hateful he’s against it. Now, happy?)

Got a minute? Watch our LiveStream Tuesday night immediately following the bloodbath. I trust you’ll find it interesting.Until the morrow.The rudiments and abecedarian fundamentals of hero worship and becoming a truth acolyte. Simple.  This is the LionelNation YouTube Channel. Watch our quotidian LiveStream. At 8AM ET we meet. So join up, join in, sign in and click the alert bell so you’ll be notified of future live streams, new videos and pertinent miscellany. Click here. Subscribe to the channel. Click here. 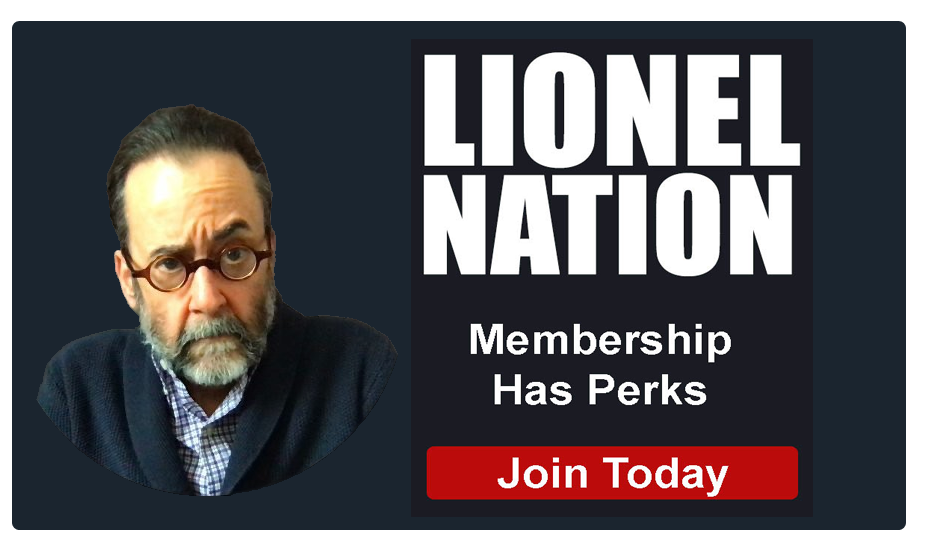 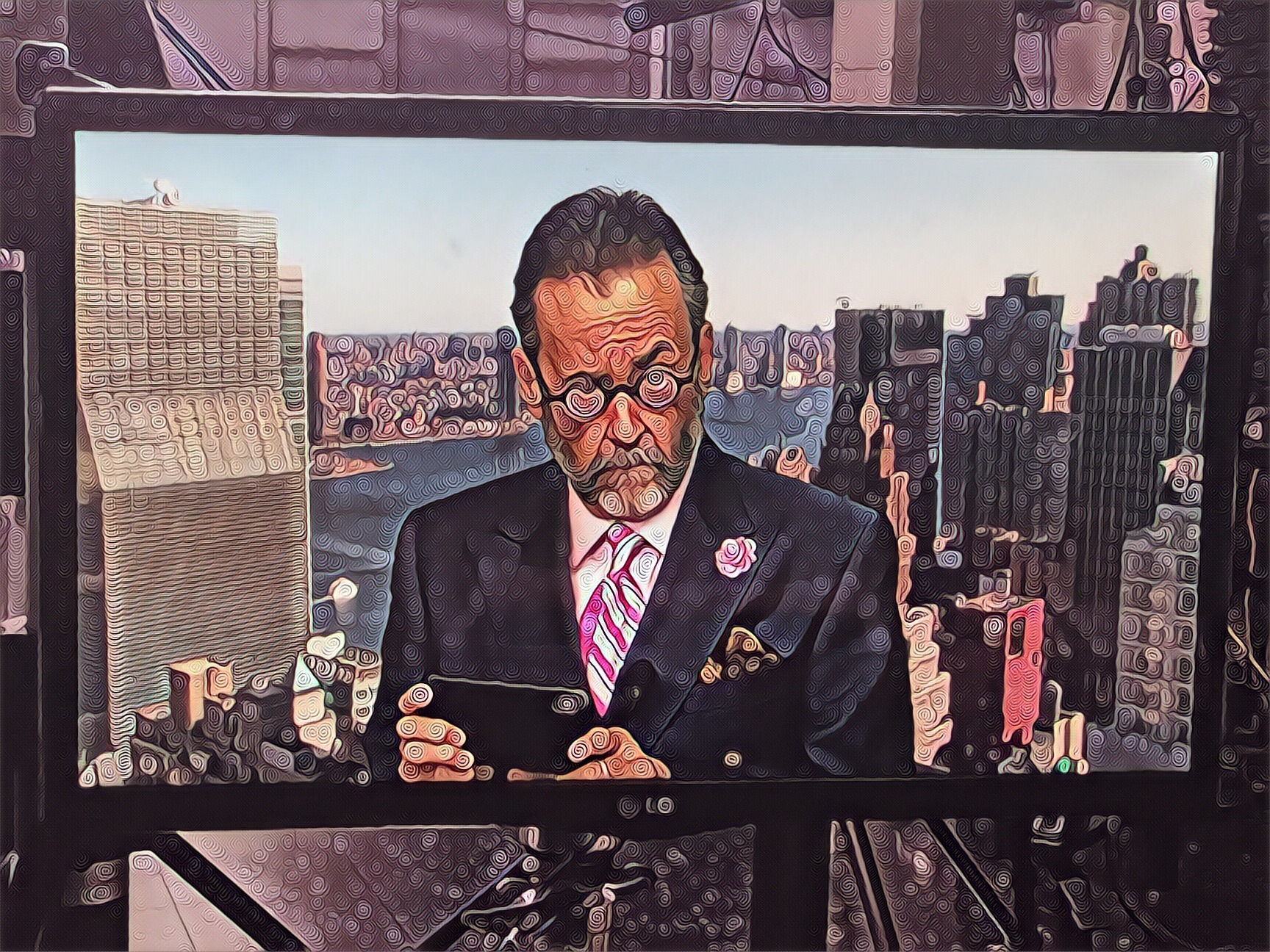